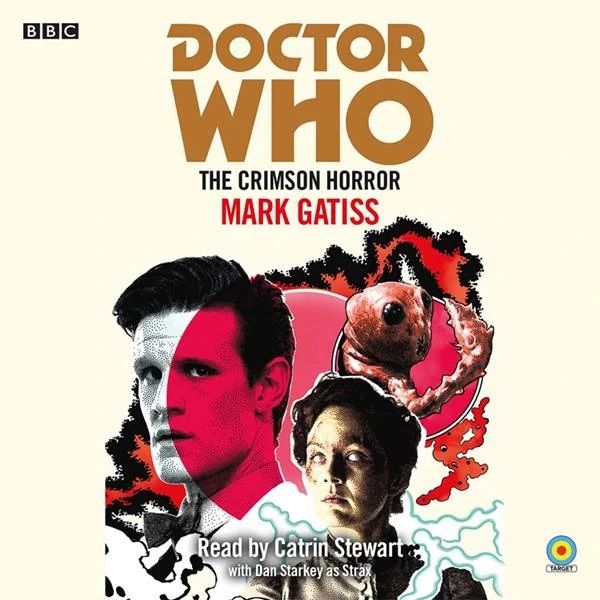 The Sound of Doctor Who...

"The soundscaping is just astonishing & so well judged."
Jon Culshaw in The Penguin Podcast (2017).

"Fantastic sound design in The Pirate Planet."
Meera Syal in The Penguin Podcast (2017).

"The sound design is quite simply stunning. A brilliantly produced CD..."
Martin Day, author of Children Of Steel enjoyed the 2012 audio CD & download release of his Sarah Jane Adventures episode

"A peerless range of sound effects & music that wouldn't be out of place in the TV series."
eyeofhorus review the 2012 Doctor Who: Earthshock release

"The music & FX work well because they are so precise in their dubbing."
Barry Letts, Producer of the Doctor Who TV series (1967 - 1981), on the sound design of Doctor Who & The Daemons

"The sound FX & music evoke a place filled with strange and terrible machinary. A place of crackling ice, dripping water, and sleeping giants. It's like a 1960's Prometheus."
Gallifreybase review of Doctor Who: Tomb of the Cybermen

"A great music score & sound effects from Simon Power help to enhance the excitement & create great moments of suspense & drama throughout the story."
2015 Amazon review of Doctor Who: Carnival of Monsters

"These audiobooks never skimp on the sound design. Simon Power once again delivering a deep soundscape to help bring the text alive. The musical stings to puncuate the action are sweeping and epic."
Review of Doctor Who: The Deadly Assassin from DWM, Issue 485. May 2015. 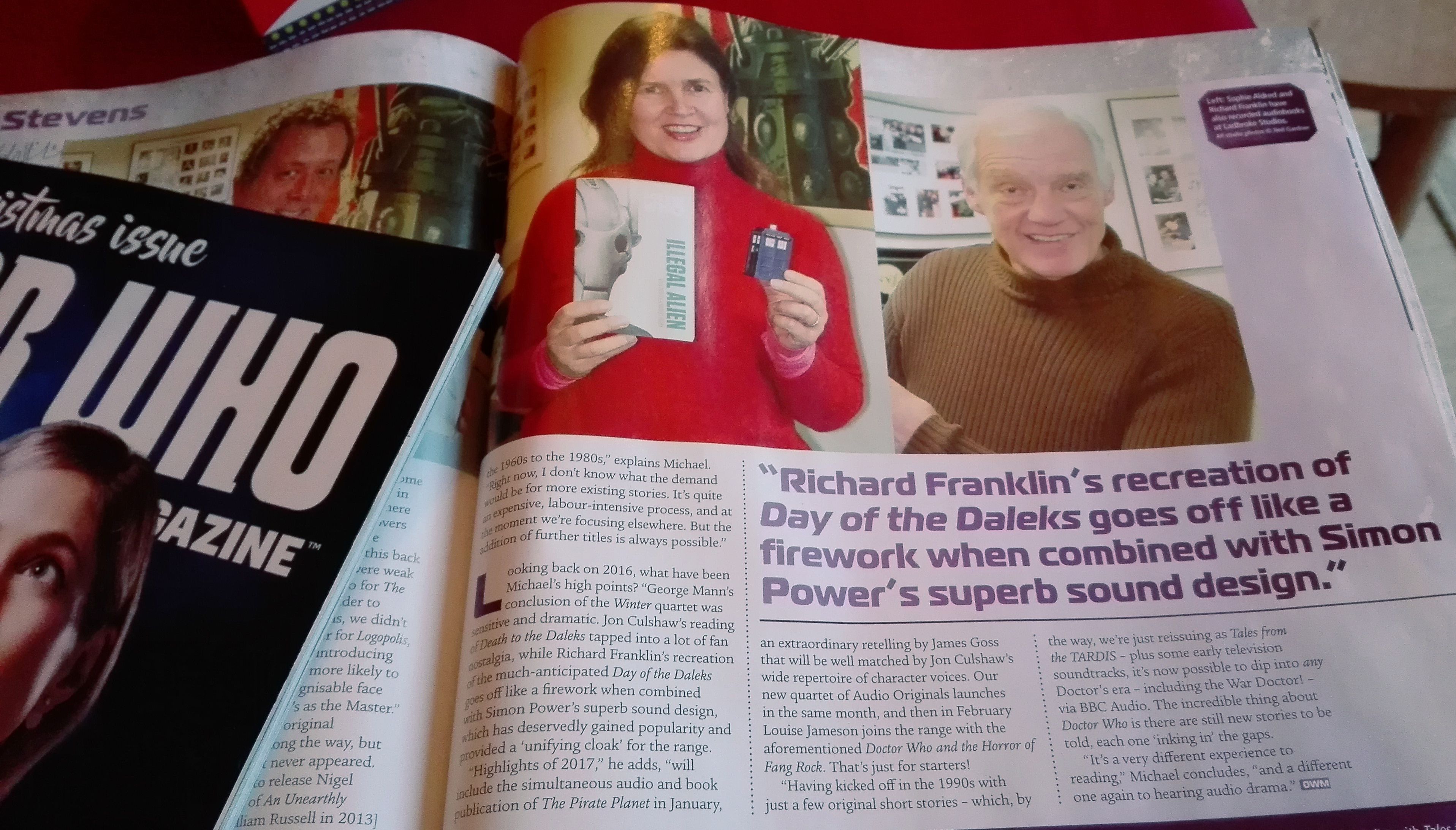 It’s been tremendous fun composing music and creating sounds for the Doctor Who, Sarah Jane Adventures & Blakes 7 audio releases from the BBC. There’s such a wide scope for creativity and some of the stories are so incredible that it leads me on some very strange & interesting journeys. Distant planets, time eddies, growling, hissing, clanking monsters, I never really know what’s coming next.

As a result, my SFX folders are bursting at the seams with every imaginable sound effect. Daleks, Cybermen, Gloopy oversized maggots, spaceship command decks, deep dark caves even cricket matches. I have to be ready for anything that the story throws at me!

It really helps that I was an avid fan of the original series of Doctor Who as I can often remember the stories from when they were broadcasted on the TV. Sadly, lots of these programmes were wiped by the BBC, so I'd like to think that these releases are a way of keeping the stories alive. And in many cases introducing them to a new audience.

As most of the audio programmes are about 4 hours long, (apart from Douglas Adams’ SHADA and Pirate Planet, both of which were over 10 hours!) it’s quite an intensive job and they require a lot of detail & layers of atmosphere. I even include small details like footsteps, spot FX, even some moves, cloth & other bits of Foley. Anything that will help bring the story to life.

I suppose it's almost like the audio equivalent of a graphic novel. I'm enhancing the reading, but with a dramatic backdrop of sound instead of graphics and pictures. this allows me alot of freedom, while keeping deference to the original story. And not being afraid to break new ground, playing around with the expectations of what an audiobook should be and how it should conventionally sound.

It was agreed at the start of the series in 2004 that these readings would be reimaginings of the original episodes. There's certainly no way I could compete with the unique sound given to the original series by the Radiophonic Workshop so, although I stay true and faithful to the TV series, this allows me free reign to reinterpret the story with new music and SFX. Hopefully this gives them a fresh appeal that suits todays audience.

My main objective is that the soundscapes are always believable, and that they never interrupt the flow of the story or interfere with the readers voice. The music, FX & reading need to fuse together to create the whole experience. If that’s happening then I feel like I’m doing my job properly and I can relax and enjoy making it as visionary and exciting as possible!

"The sound effects & the creepy music score all help to bring a chilling atmospheric edgy tone to the story & the scuttling noise of the Tractators makes for some genuine hair raising back of your neck moments."
Review of Doctor Who: Frontios by Timelord-007, May 2015


If you want to find out more about the music & sound design for Doctor Who, you can read this interview at eyeofhorus.com or the regular monthly interviews & reviews in DWM (Doctor Who Magazine)." Simon Power

The folks over at TARDIS Wiki have recently published a comprehensive list of all the Classic Doctor Who Audiobooks with thumbnails of all the sleeves. It's a great resource. Concise and very accurate.

It's also a huge privilege to get a credit on their "Simons-who-are-involved-in-Doctor-Who" page!
Thanks for caring, guys. ;-) 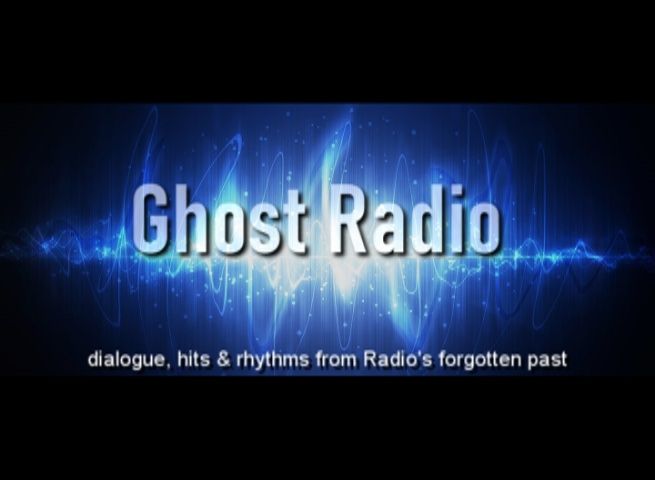